Let’s start with finger positioning – Each finger on your fretting hand is assigned a number/letter. This is the same regardless of whether you are fretting the guitar with your left or right hand.

Any circle with a number/letter designation on a chord chart simply means you will need to push that particular string down on that particular fret with the designated finger.

Visually, the chord charts are a visual representation of generally 4-5 frets of a guitar neck standing vertically as shown in Figure 2. Therefore from left to right we have the thickest strings to thinnest strings respectively. Simple! 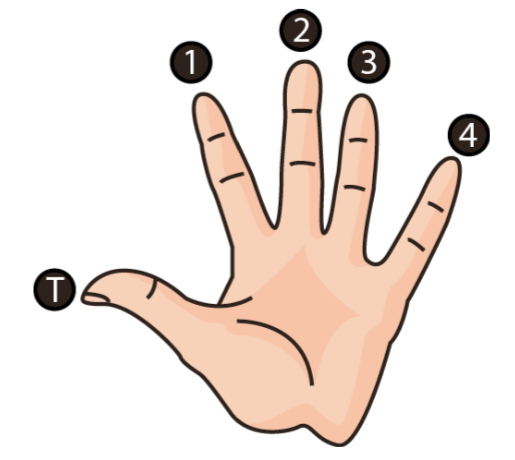 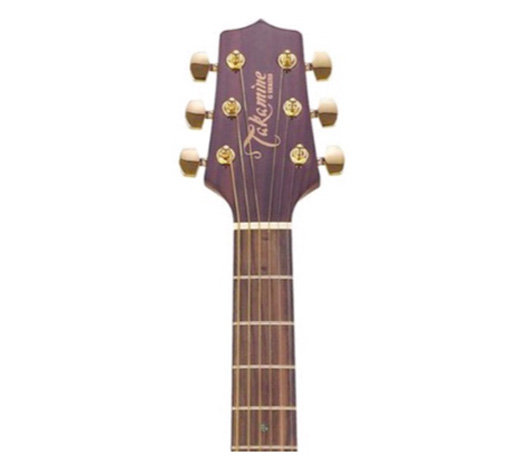 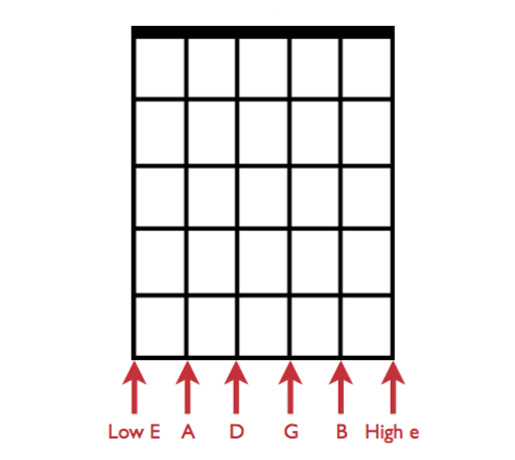 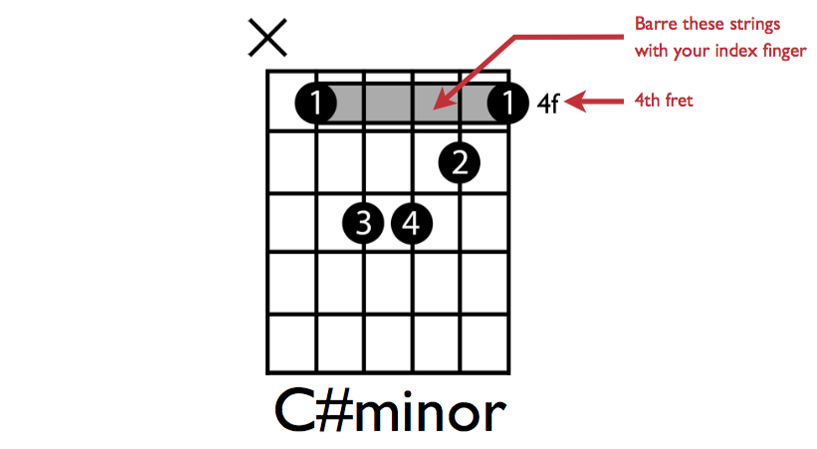 Figures 4 and 5 show examples of chord charts. These charts have been annotated with the red arrows to further explain what the different parts of the chord chart mean.

The main items to note:

The concludes everything you need to know in order to be able to read a chord chart!